Civil cases involve a dispute between two or more parties over an injury, their rights, or their obligations.  Civil cases do not involve a person being prosecuted for violating a criminal law.  The Court’s Civil Division handles non-criminal cases other than family, juvenile, and probate. Small Claims is part of the Civil Division.

Criminal Court is the court where the state holds people accountable for violations of criminal law. Only the State, through the office of the District Attorney in each county, can charge individuals with criminal violations. Criminal courts conduct arraignments, pretrial hearings, preliminary examination hearings, pretrial law and motion hearings, trials, sentencing, probation-related hearings, and proceedings regarding criminal justice mental health.

Juvenile focuses on two different types of cases that involve children under the age of 18 (minors). Juvenile Deprived matters involve cases related to the abuse and/or neglect of a minor, while Juvenile Delinquency matters involve violations of criminal laws by a minor.

Probate court hears cases related to the personal and financial affairs of adults and children. The Probate Division hears cases concerning the appointment of personal representatives including guardianships for children and conservatorships for incapacitated adults; the distribution and handling of estates of people who have died; petitions regarding trust administration; review and accounting of guardians and conservators; disputes about wills, trusts, and powers of attorney; and other matters that may arise under the Probate code. 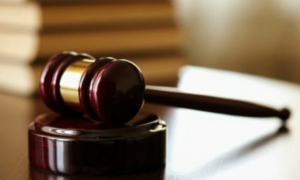